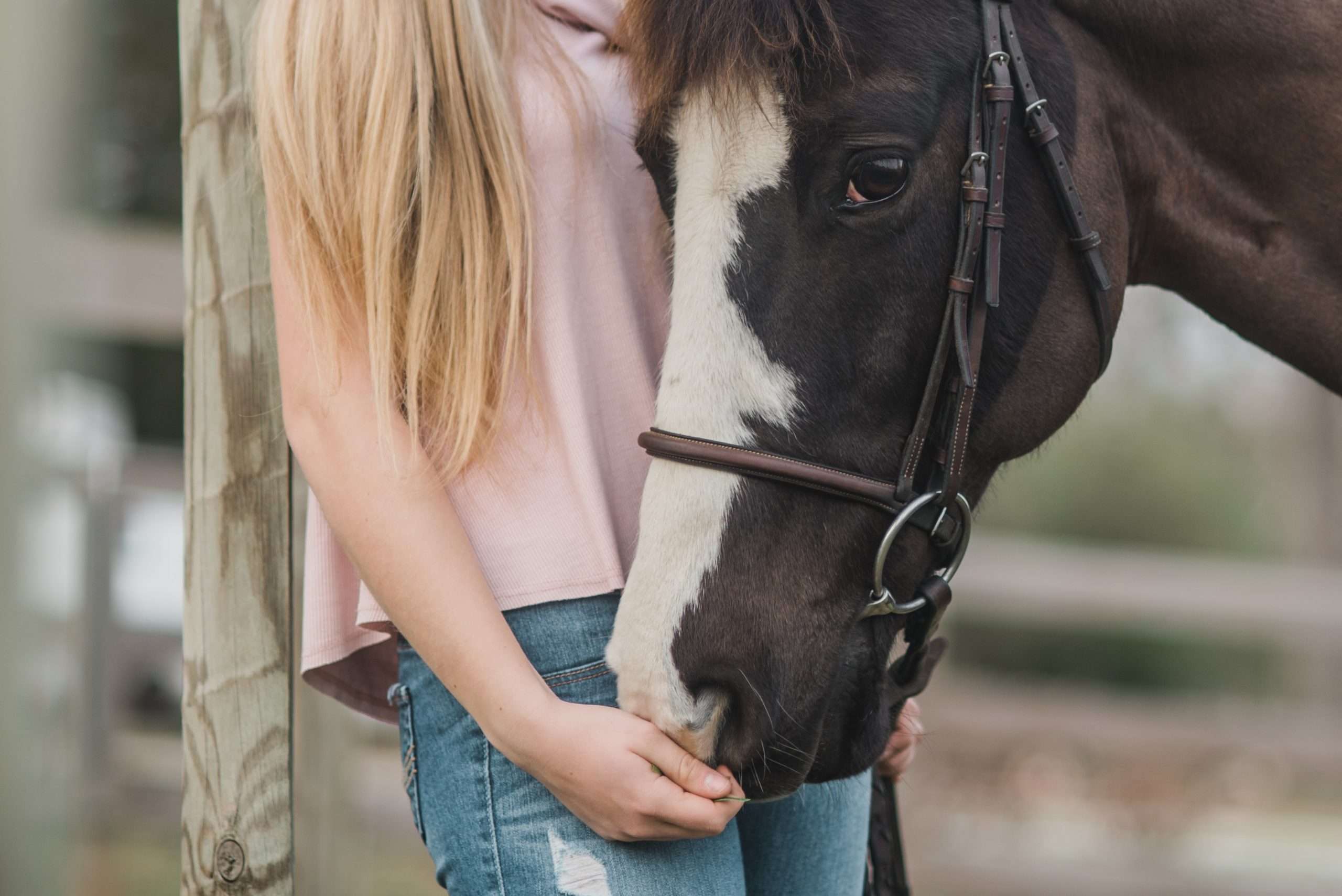 Horses speak in a language that teens on the spectrum struggle to understand in interactions their peers–most of their communication is through nonverbal cues. Whereas teens on the spectrum struggle with reading energy in their environment and take conversations at face value, when horses interact with humans, they act like a biofeedback mechanism in their ability to detect another person’s emotional state. This suggests that equine therapy may be a useful strategy for helping teens with Autism Spectrum Disorder improve their nonverbal social skills.

For many teens on the spectrum, interacting with animals involves less pressure than other social situations as there are fewer social demands, even though they struggle with nonverbal communication in other relationships. It is possible that one of the reasons nonverbal cues are so difficult to understand in social interactions but are easier with animals is that, with animals, they don’t have to go back and forth between listening to conversations and trying to interpret nonverbals. They have the time to slow down and pay more attention to what the animal may be trying to communicate.

Animals, particularly horses, that rely on nonverbal communication with humans are especially skilled in mirroring others’ body language and internal rhythms. This can provide immediate feedback in interactions with humans who are not always aware of what is going on for them internally and subtle changes within themselves during interactions. For example, if a person acts scared or upset around a horse, the horse can perceive that and will not behave well around you. On the other hand, if you are gentle and non-aggressive towards a horse, they will accept you and eventually form a bond.

Horses’ role model intuitive awareness of their surroundings as a primal protective instinct. Teens on the spectrum have a hard time processing all of the information in their environment at once, as they are sensitive to sensory input, and are less overwhelmed when they try to filter out information and focus on one or two things at a time. Integrating mindfulness lessons into equine therapy can help teens process sensory information and nonverbal cues at their own pace. Trained equine specialists help guide sessions by pausing for moments of reflection, where they ask students to describe and interpret the horse’s behavior (as well as their own) and evaluate their relationship.

One possible explanation for social skills deficits in teens on the spectrum is known as Theory of Mind, which describes difficulties with being able to understand that other people have perspectives that are different than their own. This comes from their desire to relate to others but is also connected to problems with executive functioning. If someone verbalizes their perspective, they may find it easier to respect and understand. However, inferring someone’s beliefs, thoughts or emotions is harder to tell based on their behavior and nonverbal cues.

By tuning into the horse’s energy and recognizing the horse’s skills in taking their perspective, teens develop the skills to consider other people’s perspectives. For example, while they may feel like they are being gentle and approachable, if a horse does not seem responsive and is responding aggressively, they may use that as an opportunity to reflect on if their emotional state is matching the physical sensations that they feel. This practice can also help them look beyond the “black and white” and consider if it’s possible that both things are true or if there are multiple explanations. It is possible that this interaction is not a personal reflection. The horse may have come from a different session with a student who was more closed off and it may take a couple of minutes to reorient, remember who they are working with, and adjust to different energy.

While teens on the spectrum are often highly compassionate around others, some of the core challenges that they face include anxiety (particularly, social anxiety) and difficulty communicating. As interactions with animals can help increase social interaction and decrease anxiety, teens are better able to self-regulate around others and appear less on edge. This allows them to form closer relationships and focus on taking care of other’s needs, as they are in a more open and regulated emotional space.

As much of equine therapy involves grooming them and playing games, rather than horseback riding, teens develop the responsibility of animal care, which in turn, gives them a sense of accomplishment and applies to an increasing amount of responsibilities in other areas of their lives.

Contact Seven Stars at 844-601-1167 for more information about how our equine therapy programming for teens helps build nonverbal social skills.

Why Choose a Residential Treatment Center That Offers Equine Therapy?

Benefits of Equine Therapy for Teens on the Spectrum

Why Choose a Residential Treatment Center That Offers Equine Therapy?

Benefits of Equine Therapy for Teens on the Spectrum